LOUGHBOROUGH has enough ghost stories to make the hairs stand up on the neck of the greatest sceptic.

st of these tales concern the town’s older streets, such as Churchgate. But there are exceptions – such as the spooky policeman of Queen’s Park.

As the annual street fair was being held around 20 years ago, a local woman called Joan was walking through the park carrying bags of shopping. Suddenly, she was confronted by a policeman standing only a few yards away.The copper was clearly wearing clothes from the past, including a helmet of a type no longer used.

A year or two ago, Joan provided the Loughborough and Shepshed Echo with a vivid description of him, right down to his rosy cheeks, squeaky boots, bright, shiny buttons and truncheon.

She said he was not a genial lawman, as he was holding a little boy by the scruff of his neck and was thrashing him. The boy, aged about 10, was also wearing clothes from the past, including a peaked cap and an old-fashioned suit.

An intriguing aspect of the supernatural scene was that the incident took place near a path through bushes that suddenly appeared and then faded away again.

To Joan the experience was so real that she later went to the local history section of the library to see if she could spot the cruel bobby in the files.

Fair time is only a few weeks away and, when it arrives, it could be worth keeping an eye-open for the policeman from the past.

Several local businesses occupy old premises that are alleged to be haunted. Most of these firms take the tales light-heartedly and are happy for them to appear in the press. But one or two have warned that they will take legal action if their ghosts get a mention. How strange!

Try peregrine house 35 Frederick street in Loughborough part of the falcon housing service. I was a resident there after being released from prison and myself and staff experienced several things going on there from sleep paralysis to many many orbs being seen by residents and also being recorded on the cctv within the building, many bumps and bangs heard by staff on site whilst residents wee out of the building, this is one seriously haunted house and it needs to be investigated, I'd like to know what the building was before it was a hostel, one member of staff used to bring her dog to work with her and he picked up on a lot of activity.....

This is only a preview. Your comment has not yet been posted.

The letters and numbers you entered did not match the image. Please try again.

As a final step before posting your comment, enter the letters and numbers you see in the image below. This prevents automated programs from posting comments.

Having trouble reading this image? View an alternate.

(Name and email address are required. Email address will not be displayed with the comment.) 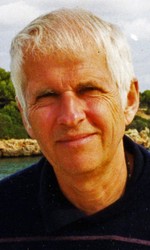 Loughborough past and present in the picture